HomeRELATIONSHIPHow to Manage Conflict in Your Relationship
RELATIONSHIP

How to Manage Conflict in Your Relationship 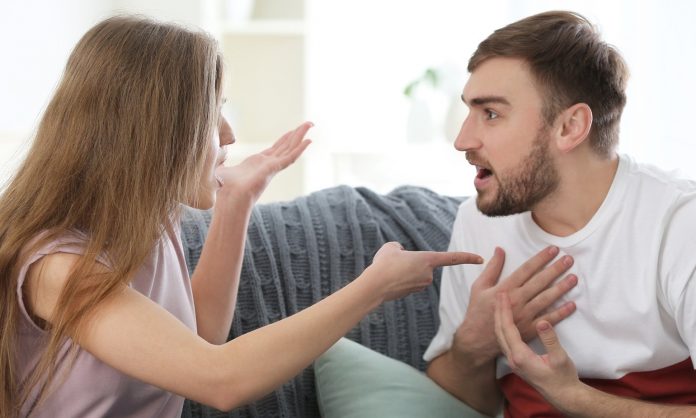 A conflict in a relationship can be described as any type of disagreement, such as an argument or an existing series of disagreements, such as over money or anything. Conflict is inevitable in every relationship and can be frustrating, but it can also help to “clarify the situation,” bringing up problems that need to be addressed.

Conflict occur in all relationships, but how they are handled is what matters. The way you approach a problem with your spouse will decide whether your relationship is healthy or toxic, so keep these tips in mind to help you handle your next conflict in a healthy manner.

1. When you’re exhausted and/or hungry, don’t try to discuss about tough issues.

When we are exhausted or hungry, we are more likely to be depressed and frustrating. It’s in our design. Avoid having tough discussions when you’re in a bad mood. Instead, choose a moment when you are both relaxed and happy, and your discussions would be less likely to turn into a fight. Some people like to go for a stroll, while others prefer to spend time at home: try it out and see what works best for you.

2. Always be willing to apologize.

You might believe that you were right. You may even have been right.

Nevertheless, being willing to apologize for your spouse’s feelings would go a long way toward guaranteeing that they feel understood and that you appreciate their concerns. This is particularly true if you ended up yelling at each other despite your right intentions. You don’t have to admit that you were wrong by apologizing. It entails expressing regret for the conflict, as well as regret for your spouse’s discomfort, and a commitment to seeking a solution that benefits both of you.

You and your spouse should freely discuss what is disturbing you and what is ruining your happy relationship. It’s good to know both the negative and positive aspects of the relationship so that no one feels like they’re doing anything wrong. If you don’t feel comfortable discussing serious issues such as life issues, finances, goals, or something else, that worries or concerns you, your relationship might be unhealthy. You could be in an unhealthy relationship if you can’t communicate your feelings without fear of retaliation from your spouse or them being too angry and aggressive.

Also read: 7 Steps to a Peaceful Resolution of Any Argument in Your Relationship

4. Get to the root of the problem.

When you disagree with your spouse, sometimes it is because one of your needs isn’t being met. Take a moment to consider if there is a bigger problem at hand if your spouse appears to be stressing the minor things. If your spouse is upset that you are drinking during the week, they may want you to devote more time to your relationship or be concerned about your success. Consider your spouse’s perspective and imagine yourself in their shoes – how would you feel if the situation was reversed? Instead of attempting to persuade your spouse, try to understand them.

5. Pay attention to your partner’s complains and talk about it.

Prepare to pay attention to your partner. Don’t just justify your own point of view over and over, or you’ll end up arguing again. Building a consensus or a collective approach necessitates a thorough understanding of what is crucial to them and why, as well as a constructive exchange of views and opinions.