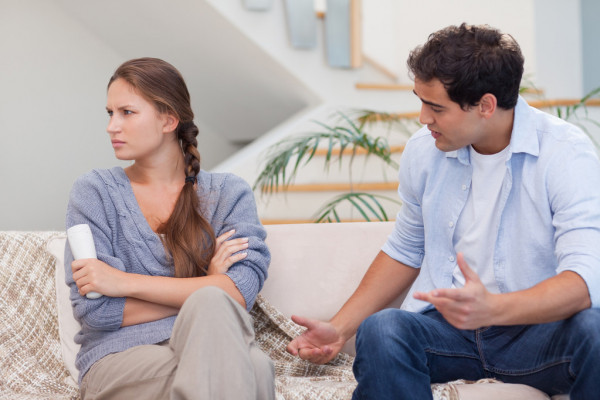 An argument is never a nice thing, but we can’t always avoid them, so knowing how to stop any dispute on a positive note is useful. I detest being angry, and I detest feeling furious.

Even if the individual is annoying and I don’t like them, I always strive to handle any issue gently.

Here are 7 Steps to a Peaceful Resolution of Any Argument

1. Remind yourself why you love them

If you’re having difficulty ending an argument with your spouse, consider the qualities you admire in them. When you disagree with your spouse, keep those things in mind, and you’ll come across as much more genuine and honest. Remind yourself why you love them, take a deep breath, and come to a peaceful conclusion to a disagreement.

Remember that ‘silence is valuable,’ and that it is one of the most powerful methods to resolve any argument. When it comes to negotiating silence is the key.

Many of us dislike uncomfortable silences but they are necessary for processing feelings and thoughts as well as making decisions. It’s preferable to be silent for a bit rather than say something that will exacerbate the situation.

3. Don’t waste your time trying to win an argument.

ALSO READ: How to Manage Conflict in Your Relationship

Keep in mind that the goal isn’t to win. Your goal is to resolve an argument amicably, which means you should discuss the issue and reach an agreement.

4. Treat others how you would like to be treated.

This is something we should all keep in mind when we’re having a disagreement. You reflect yourself in any relationship, and your emotions, actions, and energy are all in sync. No matter how upset you are, if you want someone to be nice and pleasant, you should demonstrate such characteristics and treat them with respect.

A guy who begins a fight is undoubtedly enraged. Allowing someone to talk without interrupting them is the best way to resolve an argument calmly.

You may feel compelled to defend yourself, but it would just exacerbate the situation. Don’t aggravate the situation or try to win an argument. Take a few deep breaths, listen, and then speak slowly and calmly.

6. Make use of your own viewpoint

Use your point of view once you’ve let the other rant and you’ve finally started talking. Make an effort to communicate quietly and respectfully, and maintain a welcoming tone. They will become less defensive and hostile as a result of this. I’ve always believed that any disagreement can be addressed amicably, and I don’t enjoy fighting.

7. Keep your negative thoughts to yourself.

It’s easy to say hurtful things like “I despise you,” “I don’t want to see you anymore,” or “You’re the the worse person have ever met,” but it’s far harder to apologize. You don’t have to say everything that comes to mind.

Sure, you have your own thoughts and opinions, but it’s sometimes best to keep them to yourself. This is one of the most Powerful methods for resolving any argument amicably.

Sure, ending an argument is difficult, especially when one party only wants to argue and isn’t interested in resolving the dispute. However, in most frequent arguments, the ideas listed above can be extremely useful.