HomeRELATIONSHIPNegative Indications that She Is Not Interested in Marrying You
RELATIONSHIP

Negative Indications that She Is Not Interested in Marrying You 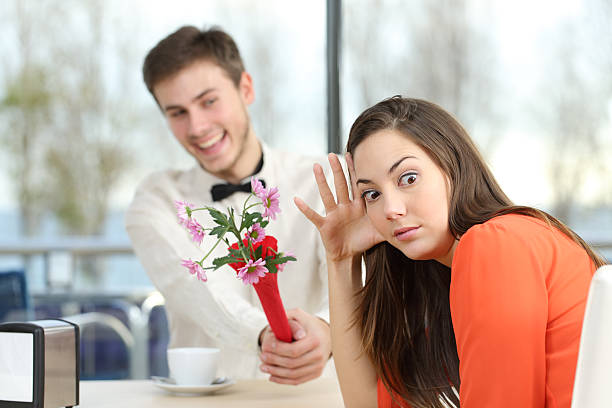 Typically, women adore the idea of getting married and falling in love. Even as young girls, women have entertained fantasies about getting married. A family and a large gown are always joyful images in one’s mind. Some women, however, are terrified of it. One of them is your girlfriend, right? Have you identified the negative indications that she Is not interested in marrying You?

There is no doubt that you would want to get married and start a family if a relationship were to progress. Some girls adore weddings, while others are terrified of them for a variety of reasons. Avoid hurting yourself by dating a woman who doesn’t see a future with you. We’re going to learn the symptoms, the cause, and how to handle it. The negative indications that she Is not interested in marrying you are listed below.

1. She avoids discussing the future with you.

Usually, when a woman is in a committed relationship, she begins to daydream about the future. When they think of you, they always picture you with two children and a large house. But a lack of future imagination is one of the indicators that she does not want to marry you. When you ask her about the future, she will likely start by talking about her job or her own plans—but she won’t include you in the picture. This is a clear indication that she has no interest in a future with you.

2. She disregards how important your relationship is.

One of the obvious signs she doesn’t want to marry you is if after months of dating, she still tells people you aren’t that serious or won’t admit you two are dating in public.

It implies that she isn’t proud of the union, and if she feels this way, he won’t publicly declare her love for you by getting married.

3. When you’re not around, she behaves differently.

4. She dodges the subject of marriage or declines to discuss it.

When a woman is aware that she doesn’t want to get married but wants to gain from you, she will avoid talking about it at all costs.

Also read: HOW TO MARRY WELL IN THIS 21st CENTURY

She would rather avoid the conversation than upset you because she is aware that it will only make you angry when she does’nt respond well.

5. She withdraws emotionally from you.

A woman will let a man get close to her if she truly loves him and wants to have him in her life forever.

If a woman is emotional about a man, she will always do everything possible to please the man but if she is not, it means that she doesn’t see you as  in her future. A woman who is willing to be vulnerable with you sees a future with you.

6. She despises conflict and will stop at nothing to avoid it.

Relationships inevitably experience conflicts, a little yelling, and a little silence. Many even contend that it is through these disagreements and conflicts that your relationship grows stronger. You can even love each other more than before if you can get through it.

A woman who is concerned about marriage will attempt to diffuse an argument. She will make up lies to comfort you, she will go out of her way to avoid a fight, But for a woman who doesn’t want to settle with you will a threaten to end the relationship in a little argument, or even just leave.  which is a sign that she is not prepared to love you during your lowest point and will not want to marry you.

7. She Constantly and Clearly Indicates That She Does Not Want to Marry

Really listen to what your partner has to say if you want to understand how they feel about your relationship. You will know the answer when they state that they do not want to get married. Sometimes they don’t express this fear outright. They may give a variety of mixed signals, such as changing the subject when you bring up marriage, becoming irritated when the subject comes up, or even despising you for bringing it up in the first place. This is by far the biggest and most convincing indication that they are not prepared to become your spouse.

If you’ve ever wondered why ladies don’t want to settle down, it’s because some of them prefer the freedom of single life.

One indication that he doesn’t want to marry you is if she is still acting like a college student by frequenting eateries, going for unnecessary parties, and clubs.

He might prefer to hang out with single people who aren’t in committed relationships or spend all of her time hanging out with guys. She’s just not ready to commit yet.

9. She has not given you a chance to meet her family.

When both parties in a relationship have met each other’s families, you know that the relationship is seriously taking off. This occurs because we typically bring home a partner with whom we are completely comfortable and because we want our families to approve of the union. But if you’ve been dating for a while and you haven’t yet met her family, her biggest fear of getting married to you is probably what’s holding you back.

10. No Name Can Be Applied To Your Relationship

Every relationship makes frequent use of the terms girlfriend, boyfriend, fiancee, and ex. If she does not even want to give your relationship a name, that is a strong indication that she does not want to marry you. She prefers to maintain an unrestrained, casual relationship with no ties. You are already in danger if you have a relationship with a girl of this type. Don’t trust your life to someone who can’t even make a temporary commitment.