Wizkid’s many fans have taken to Twitter to show their support for the superstar by praying for him as he begins his “Made in Lagos” tour in the United States. 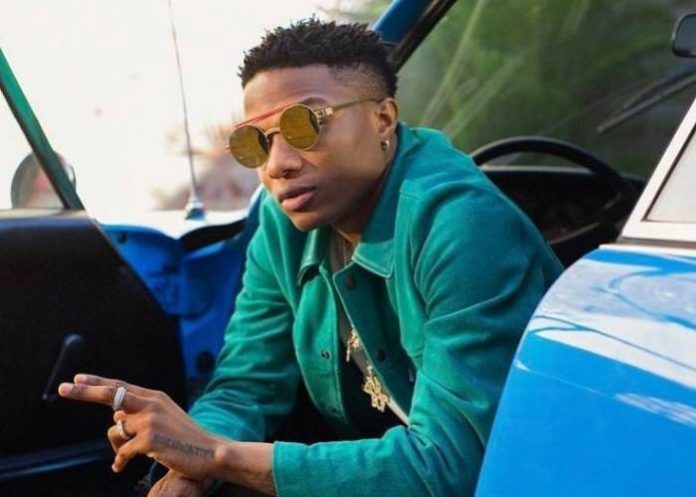 After the Essence crooner made his first tour appearance in Boston on Friday, prayers were showered on him by his supporters, known as Wizkid FC, using the hashtag #PrayersforWizkid.

The tour, which is named after his fourth studio album, ‘Made in Lagos,’ has been widely anticipated.

Big Wiz made headlines earlier this month when he sold the O2, one of the UK’s largest event venues, in less than two minutes.

Wizkid will play in US locations from September 10 through October 16 as part of the tour, which was announced in July.

The father of three will also tour the United Kingdom later this year, though dates have yet to be finalized.

He’ll also be performing in Canada starting in January of next year.

“May God protect and strengthen you @wizkidayo,” tweeted @Gweanchana, praying for the star’s safety. IJN, I hope you have a successful show and that everything goes smoothly. The backup, crew, and staff will all do an excellent job. There will be no success for any weapon manufactured against you. Big Wiz, best of luck.”

@Gbadegesin wrote, “Oh Allah, I pray over Ayodeji Ibrahim Balogun (Big Wiz) as he embarks on the Made in Lagos tour, I pray no evil will befall him, may he always be protected, and I pray no mechanical errors or emergencies will occur.”

@machala jr wished for a “successful and one-of-a-kind” tour, as well as for “him to return safely and healthy after the tour.”

“Father in heaven, I come before you today in your omnipotent presence and pray that you bestow strength upon Wizkid. @Adebayo slim tweeted, “I want you to give him the strength to power through all of the tasks on this #MIL tour and beyond.”

Saga brags on BBNaija: “I don’t chase women or ask for their phone numbers.”

BBNaija: If I Were Single, Nini Would Cry – Tega

#BBNaija: Angel explains why she choose to to kiss Kayvee (Video)