Mr Samuel Manshop, the Registrar of the Kaduna State University, made the announcement in a statement in Kaduna.

Academic activities for postgraduate programs, college of medicine, pharmaceutical sciences, and part-time programs would continue, according to Manshop, who did not disclose grounds for the suspension, NAN stated.

“KASU administration wishes to inform employees, students, and the general public that undergraduate academic activities have been immediately suspended.

“All postgraduate programs, colleges of medicine, faculties of pharmaceutical sciences, and part-time programs will keep operating as usual.

“Staff should report to work as usual,” he stated, adding that “management will convey subsequent developments.”

The suspension, nevertheless, is understood to be linked to the institution’s proposal for the firing of 18 employees.

The university had identified 16 academic and two non-academic staff employees in the protest by the Nigeria Labour Congress (NLC), which had halted activity in Kaduna a few weeks ago, according to a memo spotted on social media.

The employees’ names have been given to the Head of Service for appropriate punishment after they were allegedly recognized in numerous protest images distributed on the internet.

The following lecturers and non-teaching staff have been identified:

Peter Adamu of the Economics department 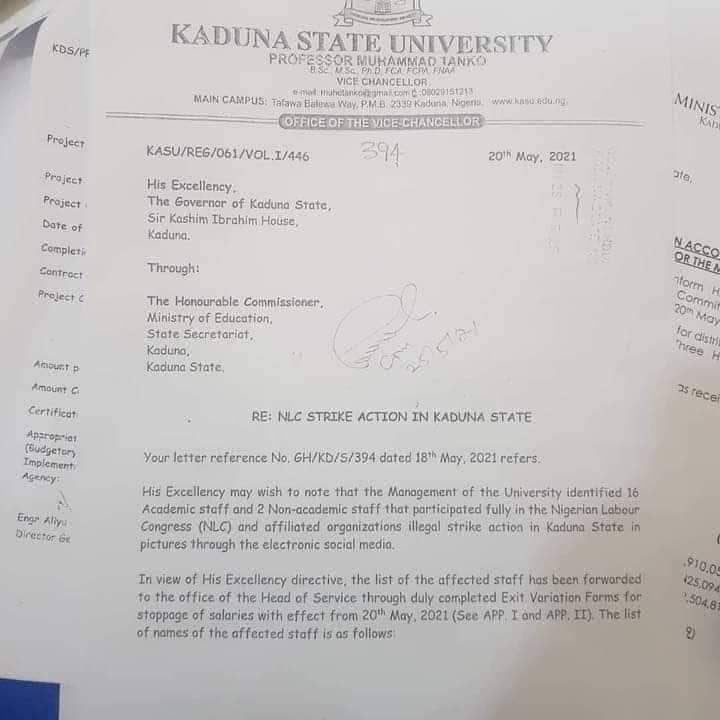 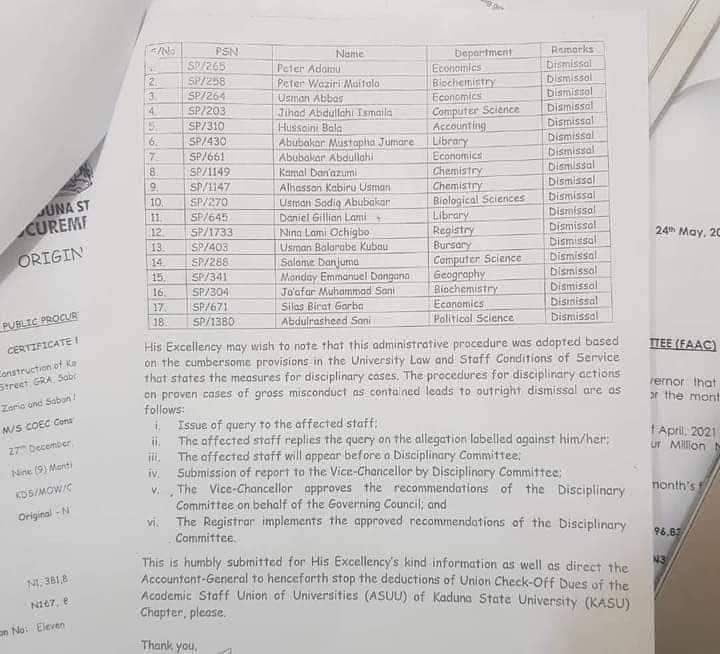 Click to get accurate and sure prediction on kingspredict.

Senate Informs Ministry of Education, JAMB, and NIMC to Review their NIN Policies