Home MORE ENTERTAINMENT Alex Ekubo tells his fiancee Fancy, “Calm down, no sex till after...

Actor Alex Ekubo has made it clear to his fiancé Fancy that they will not have sex until they are legally married. 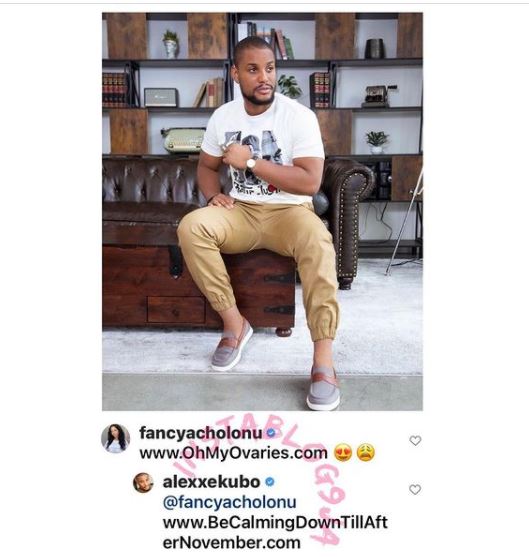 Inventive She mentioned her ovaries to demonstrate how gorgeous Alex Ekubo looks and potentially hope to have a baby who looks just like him, but she was unhappy with Alex Ekubo’s response.

Alex Ekubo, in response to his fiancé Fancy, told her to calm down until November, when they will finally be married, making it clear that there will be no intimacy between them until then.

Alex Ekubo’s response to his fiancé, who was simply longing to have a child who looks just like him, had some netizens and colleagues chuckling, despite the fact that she never said whether they should have the child now or not.

To be on the safe side, Alex Ekubo told Fancy that there would be no intimacy and that she should calm down with her ovaries until after November, when they are officially married.

Alex Ekubo’s fans and colleagues are anxiously anticipating his wedding, and they can’t wait for November to arrive, even if some people don’t understand why they pushed their wedding date back to November.